When I was first getting in to building websites, Gigity.tv gave me the chance that I needed to start getting serious and actually build out a production-ready site. Gigity is a small startup based in Chicago that provides streaming services for venues all around the nation. When I started my internship there, the entire company consisted of two guys, one permanent installation at the Double Door, and one mobile installation that we would cart around to different venues. Five years later it’s still just two guys running the whole operation, but they’ve grown their reach drastically, and are now installed in 18 venues in Chicago, Hollywood, Nashville, and Austin.

I’m a very firm believer that experience is the best teacher. If I could go back and do my college education over again, I would have gotten an internship every semester after my freshman year. With that said, we all have to start somewhere, and when I started at Gigity I was barely functional in regards to front-end development. Luckily Oliver Holmberg, the sole developer on Gigity, took me under his wing and showed me the ropes–the man has the patience of a saint.

During my internship, I produced a new logo for the company, helped overhaul the styles on the front-end of the site, produced a new page to help them win VC pitches, and collaborated with Oliver to laser cut a few pieces to clean up the mobile rig and make it look more professional. More recently, I helped them out with the front-end of the mobile version of their app that lets users broadcast live from events to the Gigity platform with their smartphones.

The experience that I had with Gigity was invaluable. I’ve maintained a relationship with the guys to this day picking up the spare freelance project for Rich Seng, the owner and dreamer who comes up with a slew of crazy ideas to keep everyone busy. Needless to say, I wouldn’t be the developer that I am today if they hadn’t given me a shot way back when.

Check out the site at Gigity.tv and catch a broadcast or two–you can see what’s live tonight or watch an archived broadcast. It’s hard to beat watching a live show from the comfort of your couch if you’re spending the night in. 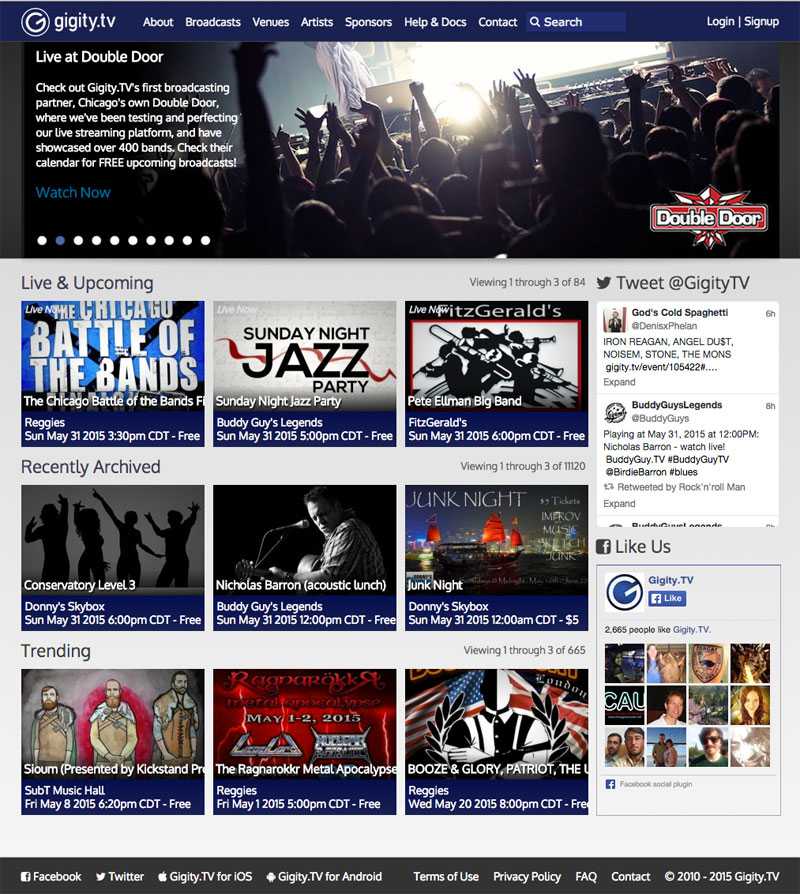 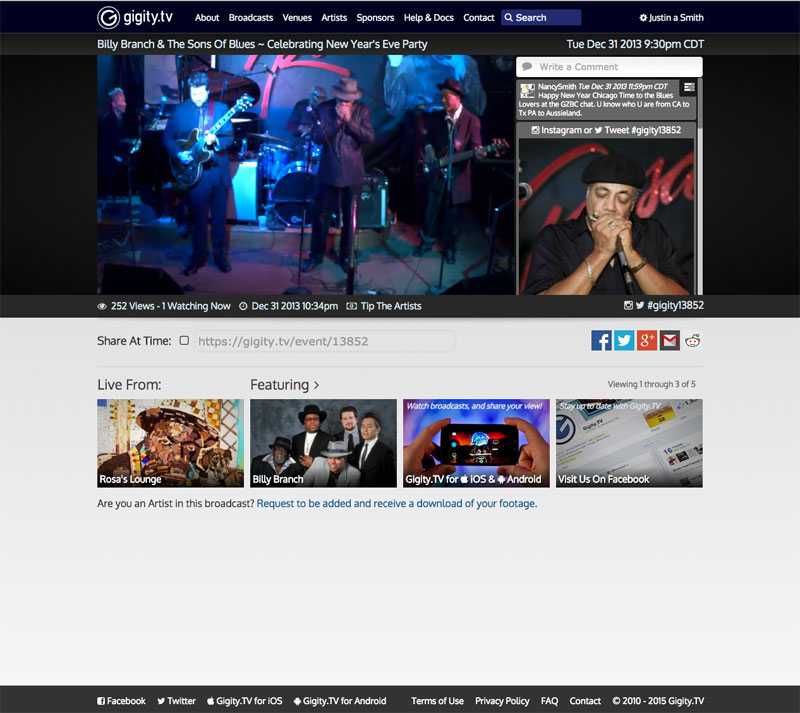